Nepal suffered an extreme earthquake measuring 7.8 on the Ricther scale setting off an avalanche from Mount Everest on April 25, 2015. It experienced a second earthquake measuring 7.3 two weeks later. The monsoon has arrived in Nepal, heavy rains and strong winds are fueling fears of another quake or avalanche. A need assessment we help in "Rebuild Nepal" show that the current tarpaulin tents cannot withstand the heavy rains and winds. Neither will it withstand the harsh winter in November/ December through 2015. What is urgently needed is temporary shelters as homes, schools and medical centres. There is a desperate need for temporary shelters which can endure at least 24 months as families rebuild their brick homes. For many, these temporary shelters may be home for five years as money is scarce. In early June 2015, following a visit to affected areas in Nepal, MMICare Associatiion sent out a SOS for Temporary Shelters as Homes and Schools to the Asia-Pacific University-Community Engagement Network (APUCEN).

Rebuild Nepal 2015 Project was annouced during the 6th Regional APUCEN Council Meeting by YBhg. Prof. Dato' Omar Osman, the President of APUCEN, in Chiang Mai University on 17 June 2015. Rebuild Nepal 2015 called to all APUCEN members to partake in a global movement to help Nepal rise again and commit the university to international community engagement. Several APUCEN members responded to this call and contributed to the project, namely Universiti Sains Malaysia (USM), Kyoto University of Foreign Studies (KUFS), Universiti Islam Malysia (USIM), AIMST University, Universiti Pendidikan Sultan Idris (UPSI), Kolej Universiti Perguruan Ugama Seri Begawan (KUPUSB). APUCEN collectively provided contributions to this project by allocating 24 temporary shelters to the residents of Kakani in the north of Kathmandu and also provided three shelters to Gowla Devi Primary and Elementary Schools where it is used as classrooms during the day and rooms for the local residents to sleep in at nights. 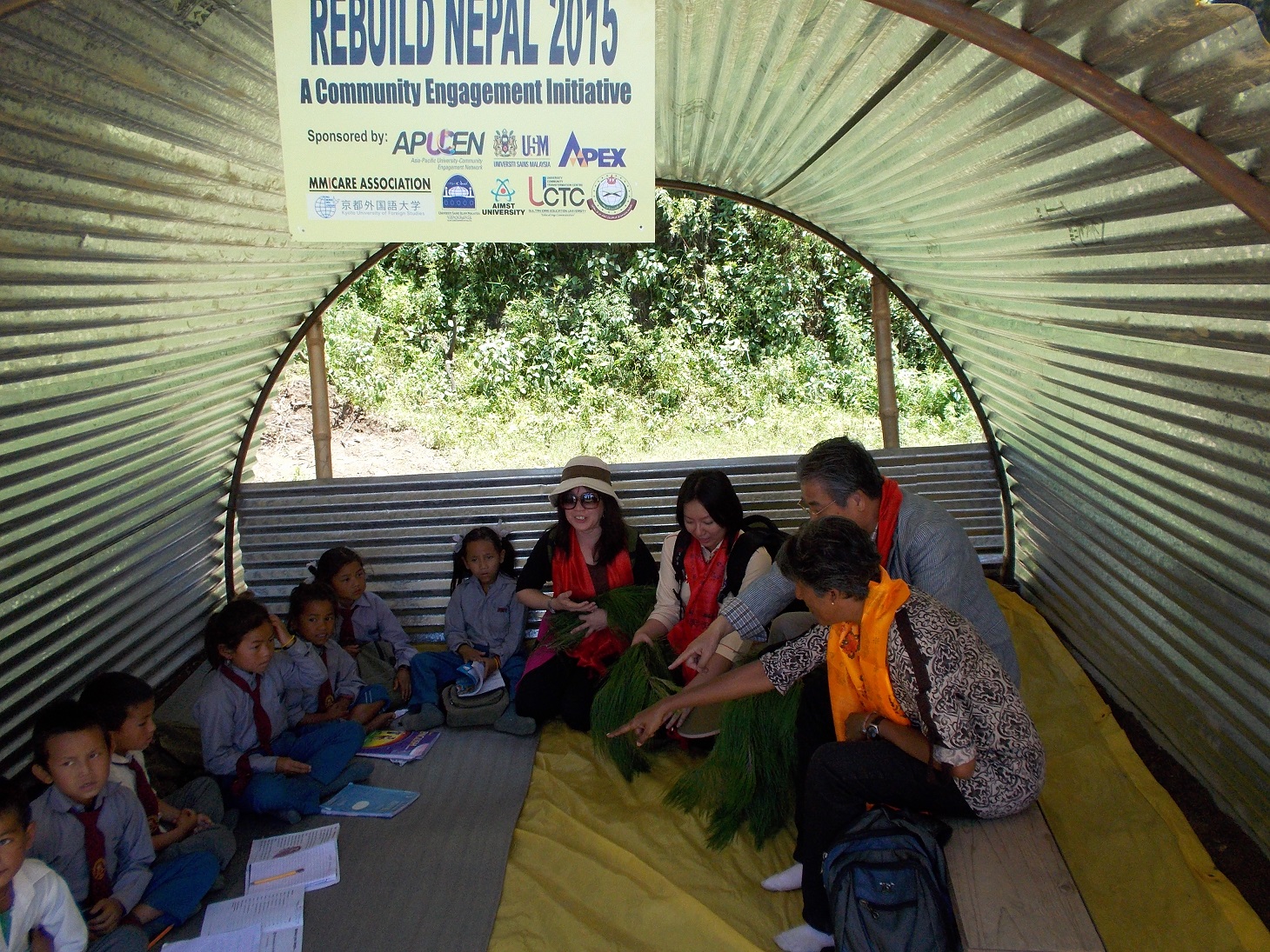