The 2nd APUCEN Council Meeting was held on 13 January 2012 in Le Méridien Chiang Mai, Thailand. The meeting involved the national and regional council members and was chaired by Prof Dato’ Omar Osman, the President of APUCEN, also the Vice-Chancellor of Universiti Sains Malaysia. Associate Professor Michael Cuthill from University of Queensland, Australia was confirmed and appointed as the Vice-President of APUCEN. The setup of University-Community Engagement Foundation (UCEF) was agreed in the meeting. UCEF will support the fund for national and regional community engagement projects in the Asia-pacific region. In the meeting, it was also agreed that membership contribution of USD 3000 will be imposed on new APUCEN members. The meeting ended with the closing remarks from the President of APUCEN. 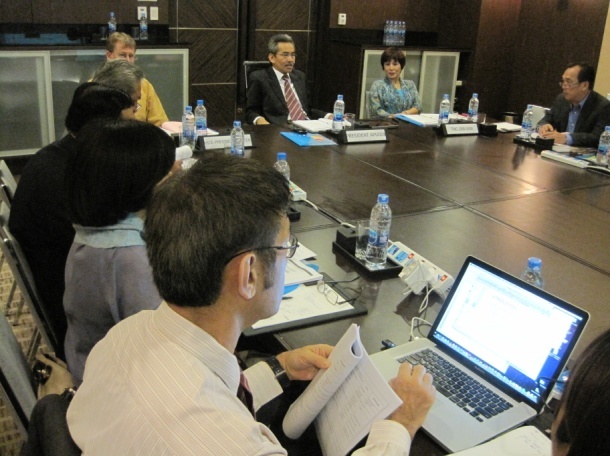